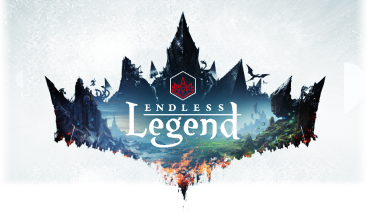 I am currently in the midst of playing a game that is in Pre-release status on Steam.  It is called Endless Legend and is like  Civilization plus Lord of the Rings on LSD.  What do I mean? Well, my favorite race to play as is not the human race, called Vaulters in this series, but this race of Twi’lek/elf hybrids they are calling the Wildwalkers.  That is not what is bothering me, though.  I like this game so far.  It reminds me of Warlock : Master of the Arcane, but serious and sad in a way.  The visuals are bizarre, though, and lovers of traditional fantasy might quirk an eyebrow.  Resources to be found range from simple titanium to massive beak-shaped fungal grows that hum with music, spew steam and make a fabulous loaf of bread.  No, I’m fucking serious. Click for full size so you can read the description on the left.

I guess stinky Cthulu bread would’ve been a weird name for a resource, but I’d be surprised if that stuff doesn’t give you explosive diarrhea that shrieks to the tune of Night on Bald Mountain.  Also populating this world are various minor races that have original names… but end up being.. o, I dunno, fucking Dwarfs wearing skull masks, mortally obese combinations of orcs and trolls, centaurs with weird-ass armor etc.  Now, non of this is really an issue.  Many games either create played-out experiences in “fresh, new” environments that end up feeling like something Gandalf was working on in his free time between helping dwarfs slay dragons and setting up the downfall of the Dark Lord.  But this takes some known fantasy conventions, warps them through a parallel dimension and places in your hands.  Granted, there are only four races as compared to Endless Space, a scifi game by the same people, which has 12 races… O, fuck me!  So.. the Vaulters exist in Endless Space, too.  Just so happens that they are originally from Auriga, the world in which you vie for dominance in Endless Legend. Fun.  Anyway, fun game, but my biggest problem.  I started the game and had 3 minor faction towns near mine.  That was ok.  I subjugated the fuckers and made them into my flying bitches.  Not to mention these Haunts, as they are called, are scary as fuck! So, I imagine my enemies screaming their guts out in a combination of horrific fear and profound pain as my haunts literally rip their guts out. Morbid, I know.

Aside from actually stunning visuals, this game has an AWESOME GUI.  Did I just type that? Whatever.  I am in love with the UI.  It is easy to pick up on and learn.. which is good since the game has no tutorial as of yet.  And besides that has intriguing story wisps, which is what I would call it.  There is no real solid story, aside from the brief description of your empire and the weird sermon of the world-generation screen.  The music is fantastic.  It is a lilting fluorescent play and sometimes I find myself just staring at the screen, listening.  Sometimes sad, often that fantasy fanfare badass-ness tears through.  Sometimes both.  It inspires a sort of nationalist fervor for my totally fictional fantasy empire.

My biggest issue is this problem I have with all games like this where I get to pick where I can start.  That is all the game comes to be about for me.  I deleted my first game cause I couldn’t restart and felt that one of my cities could have been better placed… three hexes over.  I have since restarted.. um.. forty-some-odd fucking times and counting.  I remember a time when I didn’t care where my towns were and resources didn’t matter.  I think that was in Civilization 4.  Another reason I adore games like Medieval Total War where the cities are where they are and do NOT fucking move!  But give me the choice to pick where I want the city I start from and it gets to a point eventually where I have to resign and abandon what original excitement I had for the game.  fml.  Eventually I give myself parameters.  “If I have three minor faction towns in my region this start, I can just play, I don’t fucking care if they are giant spider ladies or stupid hydras” and I have only had three in my starting region once.  When I first started this game.  I also tried “if I can research my first technology, which will inevitably be search party, in a relatively quick time, 3-4 turns, this start, then I will roll on with the game.”  But that shit is an even more slippery slope and I get to where I am micro-managing my resource starts every time.  Like I cannot place a city unless it has good science, food AND cash.  But usually if you get a good science start, your food will suffer, if you get a good financial start, your science or production might suffer.  I am convinced that majestic and beautiful as this game is, I might not be allowed to play it simply because I get WAY too focused on the “shit that shouldn’t matter so much” category.  The best part is that the game has a procedurally generated world. That is, every time it’s fucking different! Worst part is, I go to walk away from the game, right?  Play some New Vegas, maybe Hard Reset? NO!  My brain looks at those titles, recalls the awesome moments in each of those games and says “Yea, but can you mold your own empire of weird-ass fantasy people from the dirt up?” Fuck you brain, that is not the point.  So I begrudgingly click play on the same game again and fiddle with some starting elements to hopefully “recapture that first-time feel” and get a good start again.  Which doesn’t happen.  The only hope thereafter is to try to distract myself long enough from the starting elements with a sort of story about the beginning of our empire long enough to get me on track and building enough of an army to kill a buncha guys.  O, well, I mostly wrote this because it is a fun fucking game and I needed something to do to get me away from the game again before it eats up the rest of my night.