This title, by Freakout Games, is more than a bit unhinged.  First off, the dragon looks like Barney raped Spyro, and it can barely stay aloft with those tiny wings.  You tap the screen to fly, so it’s another flappy-style game.  Its art is rather nice and the music is fun, considering it is only one track, but there is still much that will anger you about the game.  The most entertaining feature of the game is the least utilized: if you play a dragon, even a pink polka-dotted purple dragon, you’ll generally want to breathe some fire.  Freaky Dragon opts out of this, making you spent the better amount of time dodging obstacles.  After a solid couple hours on this game, I didn’t use my fire balls once.  Next, in-app purchases.  I cannot emphasize how much I hate this standard of the mobile gaming industry.  Every time you die, the game suggests you might revive the dragon and continue if you have eggs, pictured above.  Not enough eggs?  Buy some with real money!  Thanks, but no thanks.  If I play this game anymore I might just end up snapping my phone in half.  This game is free on Google Play.

Certainly the better of today’s games, Shurican is another flappy-style game starring a ninja.  Good start.  Every time you tap the jump button, he slashes.  Double jump and he throws a Shuriken.  Hold your finger a second and release for a charged slash.  There are two play modes in this game.  Challenge, which takes place on the same board, and seems implied to be finite.  You are scored by percentage completed.  To date, I have gotten 44.15% completion.  I have never made it to the end, but the other game mode is called endless.  This one is point scored and starts a new level every time.  The points are gained each second you survive and from killing enemies.  My best score is 216 points.  Both modes pit send the ninja down a constantly scrolling corridor of death, dodging buzzsaws and slashing at demons.  It is challenging and fun, refusing to take itself seriously.

The art comes from simple vector graphics and it’s bloody as hell: your ninja spews blood everywhere and explodes upon death like a robot.  The music goes with everything else in this game: heavy techno-rock that says “ninjas, demons, explosions… why not?”  There are small ads that display across the top of the screen when you die, but they don’t slap you in the face and it is difficult to accidentally hit them.  Enjoyable, well-made app that is considerate of its players.  Add to that it is free on Google Play, and I would recommend this to mobile game fans. 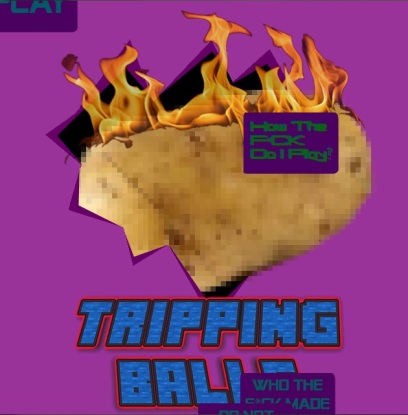 With a working title like “Pong on Drugs” you know this game is going to be out there.  I mean look at that title screen.  Is that a flaming fucking taco?  Trippin’ Balls lives up to its name, and the best way to enjoy this simple game would likely to be with a heavy dose of weed.  Then again the title screen might make you hungry.  Those selections on the title page float around, btw.  It’s actually a bit comical chasing them around to learn how to play.. for about 5 seconds, then the chiptune music makes you want to club a baby seal.  No worries, though.  I’ll explain it to you so you only need to see this screen once.

Move your paddle back and forth.  That is most of the game.  Thanks for playin’!  O, right, the other stuff.  So there are two pick-ups.  They fly in your direction from the middle of the screen and you have to catch them with your paddle while still returning the ball.  The blue pick up doubles the size of your paddle, while the other halves the size of your paddle.  Both explained in-game with a penis joke.  That’s not all there is to this game though.  Play it for a little while.  Really, go ahead.  While you’re batting the ball back and forth, you’ll take notice that the entire game screen flips.  Yep.  It’s fucking cruel.  It flips while the fucking ball is flying, too!  That shit gets frustrating, and after a while I just let it go like Elsa. 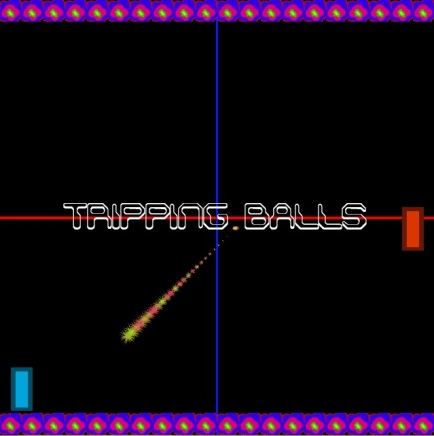 Just the still picture makes me feel like vomiting…

One more note for this title.  The chiptune soundtrack is actually kind of fun, and yes, I was one of those kids that listened to midis when the internet was pronounced “A-O-L”.  But I was a kid, my parents wanted to pay for that service, fuck off if you’re judging me.  Anyway, coming from jamming to midis like they were grammy-nominated titles, this one is actually pretty cool.  The graphics in this game, however, will make you want to pull your eyes out of your head.  The playing field is lined with psychedelically pulsing squares and the ball has a shimmering comet tail.  It’s a fun waste of time for only 0.60£ or 1.02$ American on itch.io.

Freaky Tup is a game with a weird freaking name. I have no fucking idea what a TUP is, nor why it is freaky.  It might be, like, Tee Up, but the game itself has nothing to do with golf in the slightest degree at all.  The idea of the game is that you launch these little pink squiddly guys (similar to the yellow one pictured above) to hit the little angry-face guys.  Honestly, it’s a cute game and if I had kids, this would be on their phones.  Now, these little pink guys squeal with glee or say “yucky” when the enemies explode in a splash of black slime.  Be careful, though!  You have to avoid hitting the friendly (and doofy looking) amoeba blobs.

While you are playing, bad guys and good guys will fly across your screen, and you have to hit the baddies with the pink squids.  Sometimes a glowing golden heart with fly past, too.  Those grant you extra health, whereas hitting the good guys and letting bad guys get through unharmed will make you lose health.  I lost a few times before I got the hang of it, I just got to a point where I had some 4070 points on the first level and lost all patience to get to the next one.  I guess mindless mobile games are just not my fucking genre.  The directions are stupid simple and this can be played by anything with flexing digits.  It can be obtained by the same on the Google Play Store, since it is completely free. 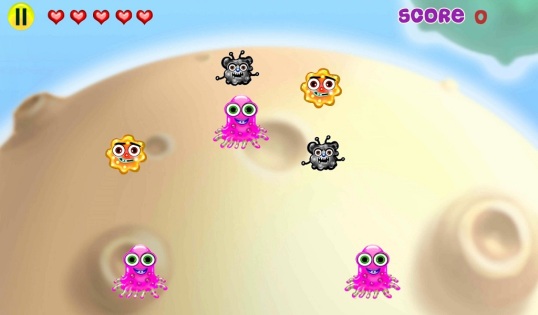 Between these two games, the one thing that pissed me off the most was pretty expected.  I can’t fucking stand playing mindless games!  Seriously!  I just spent an hour and a half launching little pink squids at angry-faced blackheads!  I almost want there to be a premise for Freaky Tup but that would be pointless in itself! Then there is Tripping Balls!  Holy fuck!  I am so glad we evolved past pong!  There is no way I would want to be trapped in front of a black screen moving white boxes to bounce a white ball for HOURS!  AGH!  Mobile games are just not my thing.