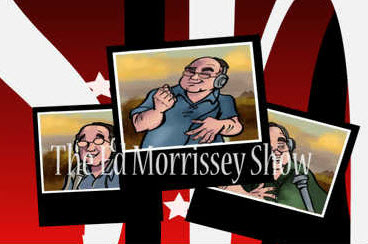 First, I just want to include that the views on my blog and in this article are solely those of myself and are not connected to any games reporting outlet for which I produce content.

In what feels like the first high-profile open discussion about GamerGate, Ed Morrissey stated up front that “opponents of this movement were invited to participate […] and did not respond.”  That should tell you something about how they plan to handle this situation, potentially even their confidence in their side of the discussion.  As the host of the show, Ed says also that he is playing the role of the “interested moderator.”  You can find the video on Townhall Media’s YouTube Channel.  I’ve linked it here with the exact time the GamerGate discussion picks up.  The discussion was held on the Ustream for The Ed Morrissey Show, which is featured on Hot Air.com.  He’s a video blogger and conservative grassroots journalist.  He was joined today on his program by Kevin Glass, the managing editor at Townhall.com, Internet Aristocrat, a video blogger whose Quinnspiracy video largely rallied the gamer community, and Adam Baldwinn of Firefly and The Last Ship fame.

The major points that are touched on in the 48-minute discussion were the primary arguments of the #GamerGate movement, the first of which was the ethics being displayed in gaming journalism.  Adam spoke up first saying “I’d like to focus on the most important part [which] is […] companies that are basically in business to make ad revenue providing information to gamers and for them to go to war with gamers over their complaints seems […] professionally suicidal.”  Now Adam is no longer a bystander in the GamerGate discussion and even says that he’s “tried to be neutral as he can” but that he’s clearly taken a position in this discussion.  Cinemablend released an article in late August about Adam’s contribution to The Fine Young Capitalists IndieGoGo campaign supporting women in gaming, and harassment he received in response to tweeting about his contribution.

Adam also commented on the response from major games journalists saying “it’s shocking to see the vitriol and the silence that has descended upon what could be a very productive conversation.”

And honestly, he’s right.  Just today MundaneMatt, a YouTuber whose channel was under direct assault in this controversy, ran a video about four hours ago discussing how games journos are now hiding their Patreon pledges and withdrawing from this discussion.  As for the vitriol: do I really need to reblog that same STILL GROWING list of sites I will refuse to take gaming news from henceforth?

Internet Aristocrat provides a number of eloquent and thorough monologues on GamerGate from start to finish.  He comments, while games reporters are people who like games, we would like more disclosure about their biases and their connections within the games industry.  Ed agrees saying that in the film industry movie critics like movies and go to movies, but what they really need is jounalistic distance.  That is something we are not seeing at all in games.  I have listed the ways that I have supported crowdfund campaigns and I will openly admit that I have accepted review copies of games, but the level of convolution in the games industry is showing a consistent profusion.

Ed mentions to Adam that some of the sites involved have put out disclosure rules on their websites just this week, but Adam responds saying “Well that’s all well and good, but the question now becomes enforcement […] if those policies are not enforced internally, then they’re just pieces of paper.”  And for the most part, supporters of the sites have been pointing at these as the “valid response” and that gamers need to call off the dogs.  Some people are still just lambasting gamers, saying that there is nothing to this “scandal,” labeling gamers as sadistic ‘misogynerds’ wanting only to keep down women in the industry.

But Adam continued, saying “the reason this scandal blew up and what caught my attention was the way the attack came. […] When […] the “twitter inquisition” descends upon you, that’s a tip off that there’s something there.” In my honest opinion, at this point anyone still saying that gamers are off-base is just plugging their heads in the sand and ignoring the facts.

Of course, the next element of the GamerGate discussion came out of Adam’s thoughts. “I can understand why anyone would want to protect someone who’s being attacked or harassed, coming to the defense of your friends: that’s a noble thing.  But it’s really moved beyond [the events] that catalyzed this whole thing.”  And he’s entirely right.  We mostly decry harassment, but this discussion has moved well beyond just chastising a few basement-dwelling misogynists.

The next point covered comes out of Kevin Glass who says “[online media] are maligning the term ‘gamer’ way too broadly, and they’re indicting the entire community for the actions of a smaller group of people.”  Absolutely.  That is only too true.  Adam briefly mentioned the GamerGate Blitzkrieg as I detailed in previous articles, and even seems to have been personally insulted by some things he’s read.  Kevin makes another solid point that “you go into an online community and [the abusive element] is often the loudest group of people there.”  He also says “some people seem to be trying to preserve gaming in a pure, apolitical way that might not be healthy for the game industry.”  I have to agree whole-heartedly with that as well.  As I have said in this blog’s about page and previous reviews, games are a developing art form, and the best way that we can obtaine validation for games as art is to approach broader topics with an open mind.  And many games including Heavy Rain, 4PM and Braid have done so in an entertaining and interesting way.  Even Kevin Glass admits that games like Depression Quest and Gone Home are “counter-intuitive and have socio-political messages that [gamers] aren’t really used to,” but there are approachable and entertaining ways to create amazing games with powerful statements without making them boring to play and difficult to engage but for an elite few.

Honestly, this whole conversation is a wonderful piece and I will love all of these people forever because of the stand they have made and the discussion they’ve had.  Bear in mind, the games journalists have decided to remain silent and removed themselves from the discussion.  If anything is true about social progress, removing yourself from talks guiding it exempts you entirely.  I am not sure if they realize it, but they are damning themselves by not speaking up.  So, please, watch the video and show your support.  Check it out and keep this in mind: we’ve won the first battles of GamerGate and gotten it out to a broader audience.  Now let’s finish the war.  Stay in the fight and stay strong.